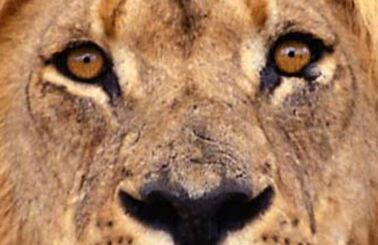 The lead developer on these projects started as a Fortran programmer in 1988 and a website builder and web based database guy in 1995.

​He watched with excitement as the technology age BOOMED, and then with disgust as languages and technologies easy for the masses to consume started to become buried by Microsoft and those who sought to protect PC and Mac based cash cow software from the 1990s to present day.

Most have no idea what we are actually "missing" from software. Recognizing "omissions" in complex systems is difficult unless you were there from the outset to know what was and was not simple and functional before 'they" started messing with it all.
We are over a decade behind where we could be if some in the Microsoft and Apple realm had not had their way.

First came a media wave shutting down framesets for all website applications when they are by far the best solution for back end office and business systems. They used the media to throw the baby out with the bathwater to protect antiquated PC based Software and to suppress a massive wave of individuality that would have made data mining and SAAS a low profit afterthought.

Then they started to shut down Classic ASP which was like replacing a surgeons knife with a sledge hammer.   Then came the jQuery confusion because Microsoft wouldn't play along in the sandbox. That was all about slowing and preventing web based software development.  That's all. It was about chaos making and diversion.

Then came the Word Press disaster for templated websites because few could handle non-frames based sites easily. That was followed by one complexity after another which came in as design started to over take engineering.

This coincided with the  i-pad-i-fi-ca-tion of everything and everyone thought the two were one in the same when they should not have been.  Back office solutions in framesets work flawlessly with 100x more complexity on mobile devices with 1/10th the programming needed and few have a clue what I'm even referring to.

The development of Google Chrome in 2006 is what lead to transparent access behind the scenes of the browser to do what's being done today with web-based systems in a limited way. We were doing more powerful individual systems in the late 1990s and early 2000's with 1/100th the tools and far slower connections. It took less code understanding but the ability to step through code without any "tools" for that.  ​​

We are a decade behind in business system development due to the rise of the Vulture Capitalists, very Monopolistic markets, SAAS Giants, and the suppression of all the tools needed to build back office solutions like a breeze.

These Google Sheet solutions represent an interesting break out.  They are very powerful. Their promise is startling as an alternative way for far more folks to learn about data design, database management and scripting.  A large portion of small business data applications only have three to 10 database tables with not more than one or two levels of parent child relationships. Those can in fact all be handled quite elegantly in spreadsheets if you know how to think that way.

For those in love with full stack development, we hope to circle back to some very amazing web based tools in a few years to fill in some holes these may leave out for small business. First we need to get some old folks out of the way, and by then, hopefully we'll be able to get more people up to speed on a full stack way, and this is a great way to get two birds with one stone.
As for the Modules and Systems on this website
Continue to Step 3 of the Welcome Process >>
What's a HELOC in 1st?  Link coming soon...
ZAP Accounting Software - a 220Club Initiative - copywrite 2017 and beyond...
Proudly powered by Weebly